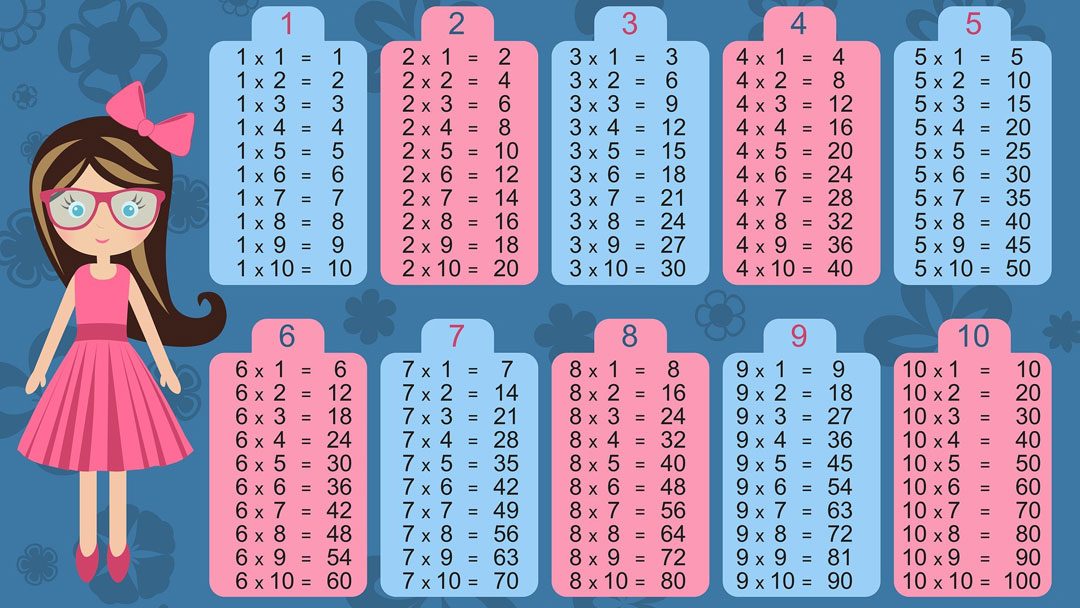 We all know that our times tables are a vital skill in life. They are used to calculate multiplication and division facts as well as understanding ratio, proportion and fractions. I know that both schools and parents spend a lot of time teaching and reinforcing children’s knowledge of times tables. However, off the back of the Governments view that reading has improved since the phonics assessment was introduced in 2012, the planned times table test is hoped to raise Maths standards. Originally children in Year 6 should have taken the test alongside their SATs. However, parents, teachers and unions protested that our already over assessed children would find this too demanding. In February the Government announced that it will now be Year 4 children who will undertake the new assessment. This week further announcements were made regarding the timing and format of the test.

What do we know so far?

Children will be presented with a multiplication statement, it is believed that division facts will not be tested.

The test will take place on a screen using a computer, laptop or tablet and only take five minutes to complete.

Schools will have three weeks in June to administer the test. The whole class or year group does not need to be tested together or on a set day. Children will also have some practice questions to help them prepare for the format. Although it is up to schools and parents to prepare children for the speed of the test.

There is a question bank of just over 100 questions from the 2 – 12 times tables. Although there will be an emphasis on 6, 7, 8, 9 and the 12 times tables as these tables are deemed to be more difficult. Each test will comprise of a total of 25 questions.

The children will have only 6 seconds from the time the question appears to input their answer. This means that children must be able to read, recall and enter their response within 6 seconds. Therefore, children need to know their times tables with rapid recall; there will not be time to work them out and record them.

The child will need to read the questions themselves and therefore should to practice reading and recalling independently prior to the test. They should not just learn to chant their times tables or have it said to them. Also speed of recording the answer is just as vital, after the 6 seconds the question will disappear and if they have not completed the question it will still be counted. For example if the question was 6 x 4 and the child only wrote 2 in the time allowed (and not the 24), then this would count as an incorrect answer.

Unlike the phonics screening test there is currently not a pass mark and children are not expected to repeat the test again in Year 5. The Testing Agency will send the results to the school. The school should then plan targeted intervention to help children move forward. Some schools may give the results to parents whilst others may not.

The marks will be used to judge which children need additional times table and maths support. They are intended to check that children across the country are making expected progress in relation to the National Curriculum, especially as times tables are a fundamental element of many mathematical concepts which would be covered both in Primary and Secondary schools.

We use cookies to ensure that we give you the best experience on our website. If you continue to use this site we will assume that you are happy with it.OKPrivacy policy