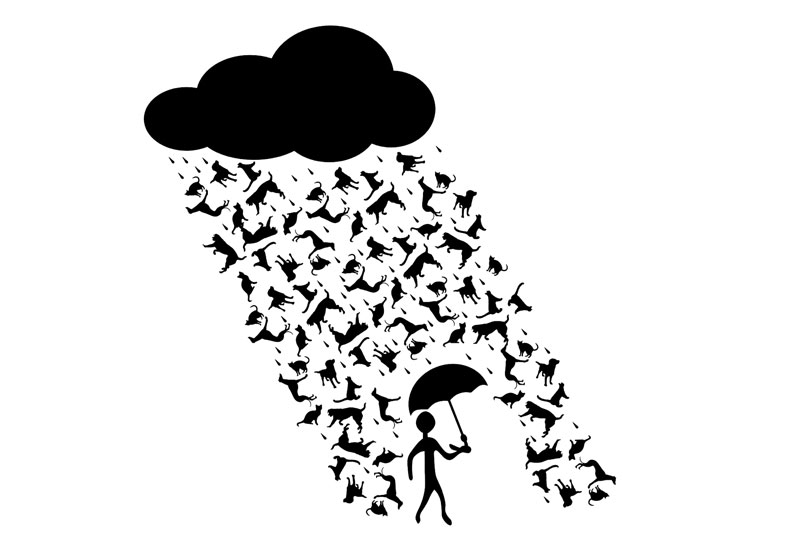 Have you ever wondered where terms such as ‘don’t throw the baby out with the bath water’ came from? I have to say I hadn’t until recently.

This week while studying a comprehension on the Crimean War with my year 6 group, I found myself explaining the term ‘in the line of fire’.  The children believed the saying meant they were about to be fired from their jobs. They had not considered  the idea that they were not being shot at. This discussion led me to think about other saying we use all of the time with no understanding about their origin or original meaning.

During the 1500s people had a bath once a year. The men and boys would bath first, followed by the women and then children. The baby was the last to be bathed; by now the water was so dirty that you could actually lose someone in it. Hence the saying ‘don’t throw the baby out with the bath water’. Another saying that has always interested me is ‘it is raining cats and dogs’. This comes from when the houses had thatched roofs, animals used to climb up onto it to keep warm. When it rained it became slippery and sometimes the animals would slip off of the roof. Hence the saying ‘it is raining cats and dogs’.

In the old days the floor in people’s houses was dirt; only the wealthy had something other than dirt, hence the saying dirt poor. The rich had slate floors that would get slippery during the winter. Therefore, the home owner would cover the floor in thresh (straw), they would keep adding thresh throughout the winter. However, when the door was opened it would all start slipping out so a piece of wood was placed in the entrance way; hence the saying over the threshold.

These are just a few examples of phrases you may or may not use, but children may have heard. Use these examples with them to help develop their language but also teach them the history behind the meanings.

We use cookies on our website to give you the most relevant experience by remembering your preferences and repeat visits. By clicking “Accept All”, you consent to the use of ALL the cookies. However, you may visit "Cookie Settings" to provide a controlled consent.
Cookie SettingsAccept All
Manage consent

This website uses cookies to improve your experience while you navigate through the website. Out of these, the cookies that are categorized as necessary are stored on your browser as they are essential for the working of basic functionalities of the website. We also use third-party cookies that help us analyze and understand how you use this website. These cookies will be stored in your browser only with your consent. You also have the option to opt-out of these cookies. But opting out of some of these cookies may affect your browsing experience.
Necessary Always Enabled
Necessary cookies are absolutely essential for the website to function properly. These cookies ensure basic functionalities and security features of the website, anonymously.
Functional
Functional cookies help to perform certain functionalities like sharing the content of the website on social media platforms, collect feedbacks, and other third-party features.
Performance
Performance cookies are used to understand and analyze the key performance indexes of the website which helps in delivering a better user experience for the visitors.
Analytics
Analytical cookies are used to understand how visitors interact with the website. These cookies help provide information on metrics the number of visitors, bounce rate, traffic source, etc.
Advertisement
Advertisement cookies are used to provide visitors with relevant ads and marketing campaigns. These cookies track visitors across websites and collect information to provide customized ads.
Others
Other uncategorized cookies are those that are being analyzed and have not been classified into a category as yet.
SAVE & ACCEPT

Join our mailing list to receive the latest news, school information, blogs and updates from our team.

You have Successfully Subscribed!